Government Publications is a collection of materials put on deposit by the federal and state government for all citizens use free of charge and located on the Third Floor of the James E. Brooks Library. We encourage you to browse our collection whenever 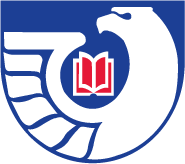 What are government publications?

What are government publications?

Defined in the U.S. Code (44 U.S.C. 1901), they are "...informational matter which is published as an individual document at Government expense, or as required by law."  Government documents started as solely printed materials, but as technology evolved and more tangible formats emerged like microformats and electronic formats, vendors and librarians began to use the term government publications to be more inclusive. CWU Brooks Library is a government depository library for federal and state government material.

The James E. Brooks Library is a Congressionally Designated Depository Library for U.S. Government documents.  Public access to the federal  depository collection is guaranteed by public law (Title 44 United States Code).  With the passage of the Federal Depository Act in 1962,  Catherine Dean May, the US Representative for our district, nominated our institution for that honor. We have been an official depository for U.S. government publications including maps since that time, receiving our fist delivery of documents in 1963.

We became a full depository for Washington State government publications in 1965.  As defined in the Revised Code of Washington (RCW) 40.06.010 (4) "State publication" means information published by state agencies, regardless of format, intended for distribution to state government or the public.  We receive materials in all formats including maps from the State Library of Washington.

We currently receive physical copies of, and/or links to, about 37% of the publications that the GPO distributes and 100% that the Washington State Library has available.  We have also purchased historic sets in micro formats.

One place you may always receive help with any government information research is Government Information Online (GIO) where librarians across the United States will assist you. 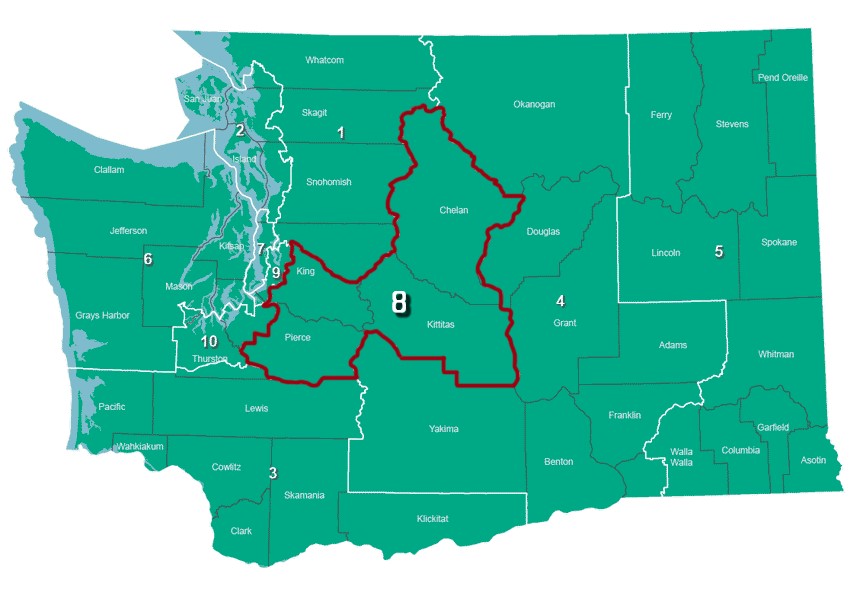 Government Publications serves as a Federal Depository Library serving the needs of both Central Washington University and the 8th Congressional District.  We also serve the 13th Legislative District for the State of Washington served by Tom Dent (Position 1) and Alex Ybarra (Position 2)

Currently, the 8th District is represented in the U.S. Congress by Dr. Kim Schrier.   More information about her is available on her on her Congressional biography site.