This guide provides information resources for the study and management of landscapes, recreation, and nature conservation. 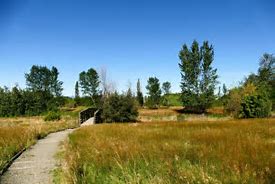 Many people are aware of President Theodore Roosevelt's interest in nature and his creation of the U.S. Forest Service.  He was an avid hunter and sportsman who loved being outdoors.  He also was despondent about the decline in what he saw of game and foul due to what he saw as lavish overuse of the natural resources so he became interested in conservation. He signed into law the 1906 American Antiquities Act which gave protections to over 200 million acres of land including the wildlife and birds on that land.  (From Theodore Roosevelt and Conservation)

Brief History of the National Parks, Library of Congress

Turning 100: Major Milestones in the National Park Service, U.S. Department of the Interior

An Act of Congress in 1876 created the Office of the Special Agent within the U.S. Agriculture Department whose job it was to oversee forestry health.  By 1881, Congress expanded this role to an entire division and finally by 1891, a new law, the Forest Reserve Act, authorized the President to create what we know as the national forests. (taken from Our History, US Forest Service)