A guide to discerning fake news sources, including articles, videos, and links to other resources.

In some (if not most) cases, all that's required to spot a fake news story is a little common sense. American News features an image of President Ronald Reagan, a revered Republican, in its title logo, suggesting its partisanship. However, this becomes irrelevant when one bothers to look past the headlines at the actual stories. The story featured below involves Muslims, but bears no other relation to its headline: it's about someone urinating on a prayer rug at the University of Michigan. 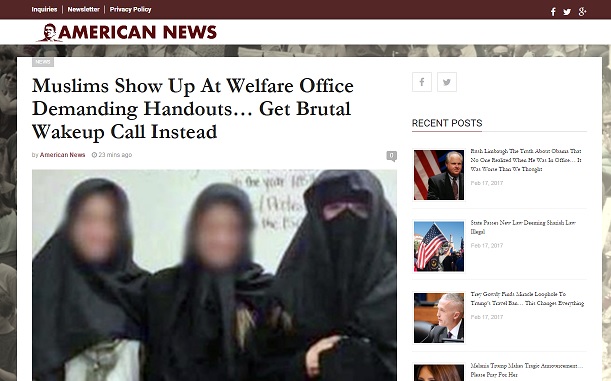 This example, from Before It's News (and featured on at least one other similarly fake site) is also pretty straightforward. The amounts supposedly owed by the Obamas are absurd. Even if the presidential couple had indeed bought everything the article claims they did, the total would not come anywhere close to $11 billion, a figure equal to the GDP of a small country. And "eleventy" isn't a word. 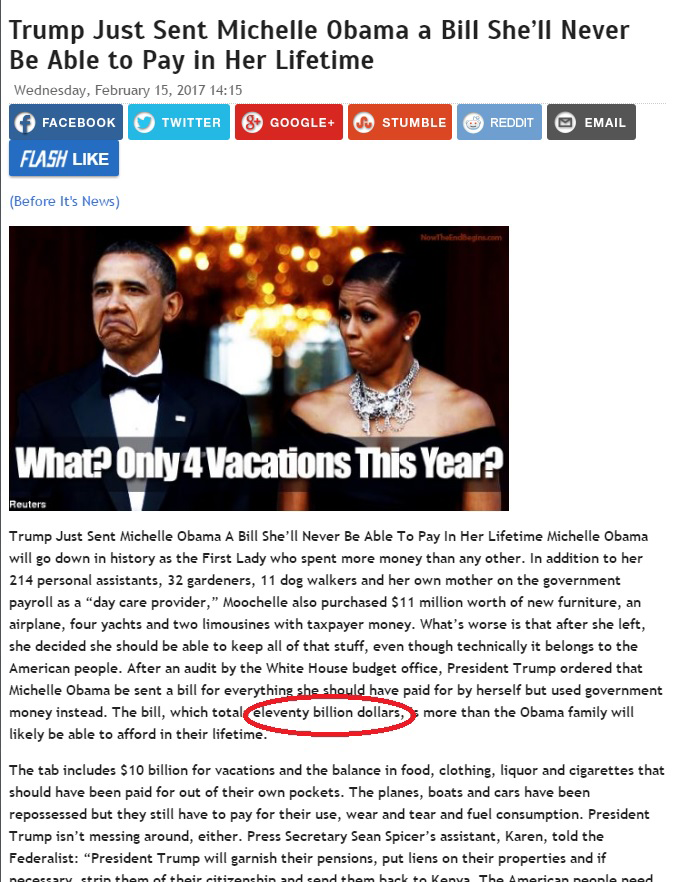 It's also worth looking at the Before It's News site itself: 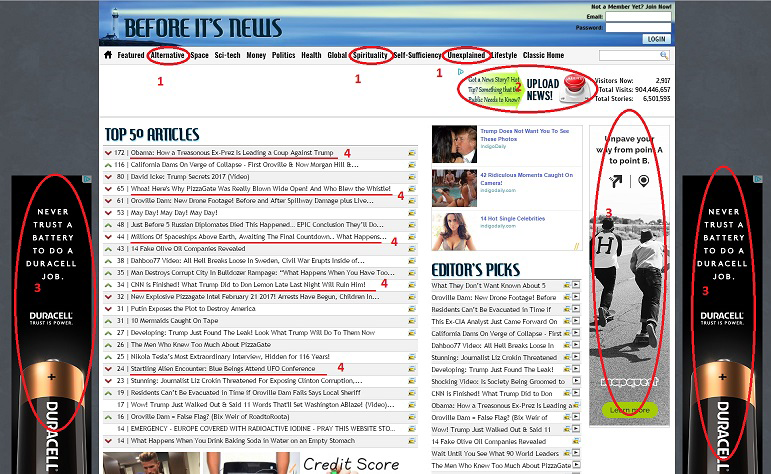 It's time to test your fake news detection skills. Consider the following story from Focus News: 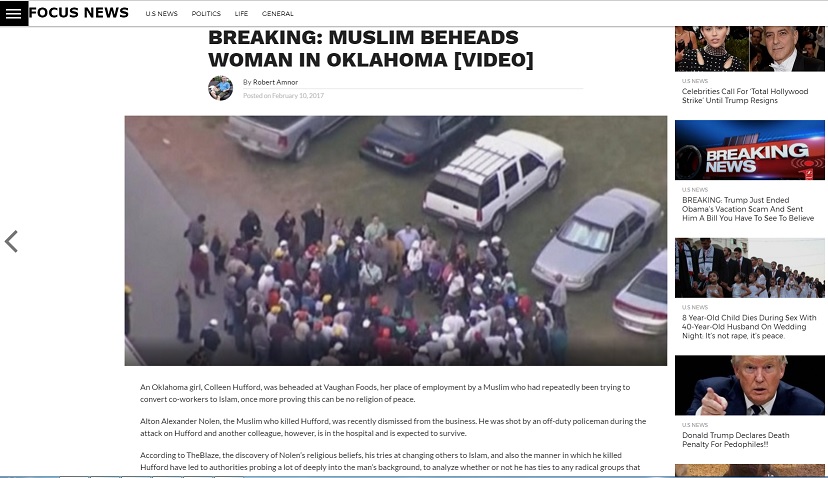 Work in groups of 3-5. Using any methods you can think of, try to determine whether the story is (a) false, (b) true, or (c) a mix of truth and falsehood. Go back to the home page of this guide if you need some direction on what to look for.

Discuss which (if any) of the fake news hallmarks from the first page of this guide are evident in this story.