What is the legislative process?

How a bill is introduced in the legislative body to becoming a law signed by the executive is the legislative process whether it be in a U.S. State or on the federal level.  Many people are familiar with the School House Rock version of I'm Just a Bill.  Some famous changes to the process the founding fathers created include the filibuster in the Senate. The Brookings Institute offers this video of a debate about the future of the filibuster.  This image of How a bill becomes a law is from the Government Publishing Office and is available for purchase from their bookstore along with many other government publications. 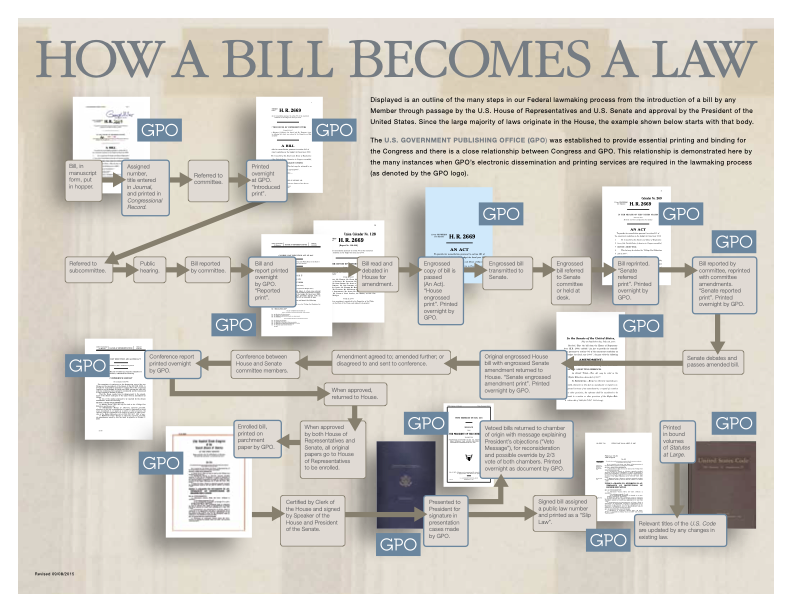 Life Cycle of a Bill or Resolution

If a bill passes both legislative bodies the bill (at the State level) goes to the Governor or (at the Federal level) the President of the United States for signing.  If the Governor or President disagrees with the bill, he or she usually has the power to veto the bill.  The House of Representatives can override the President's veto by a two-thirds vote; most State Legislatures have a similar ability to overrule the governor.