Instructions on and examples of how to re-mix an OER and create your own personal pedagogical tool.

The following is the first post in a six-part series highlighting women veterans’ collections from the Veterans History Project (VHP) archive in recognition of Women’s History Month.

Imagine coming across this job announcement today: Candidates must be highly skilled in math and linguistics, willing to relocate and able to keep a secret to the death. Only college age women with no imminent wedding plans need apply.

I’m not sure if that’s exactly how World War II-era government recruiters worded their advertisements for participants in a top secret cryptography program, but those were certainly among the requirements for selectees. Based on that list, I probably would not have been a good fit. Days filled with both math and secrets would have been way too much for me to bear. 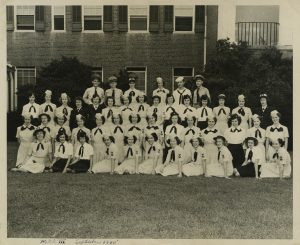 In 1942, reeling from Japan’s devastating surprise attack on Pearl Harbor, the United States was in desperate need of workers to serve as code breakers in the newly ramped up war effort. Most of the eligible men were either already on active duty in the armed forces, or preparing to be. Thankfully, there were hundreds of women who were good fits for this top secret program who enthusiastically answered the call to duty. Otherwise, the United States very well may have lost World War II.

Frances Scott (nee Lynd) was one of those women. In her audio-recorded VHP interview, Scott shares that when she and several of her friends were seniors in college, they were “approached by a Navy man” who wanted them to take a secret course in cryptology. They agreed, and learned their first lesson right away.

They found the course to be both fun and challenging, much like the crossword puzzles and cryptograms they enjoyed doing in the newspapers. After graduation, Scott and her friends were sworn into the Navy as ensigns and sent to boot camp for the next two months. Scott said she loved most everything about it—including the food, particularly the breakfasts. Not so much the fit of the uniforms, or the fact that women were required to cut their hair so that it was well above their uniform collar. There was one policy she mentioned that gave me pause. So much so that I had to rewind and listen to her say it again.

You weren’t allowed to say that you had cramps from menstruation, because the Navy did not give you any kind of dispensation for a monthly period. You were supposed to be women who didn’t have problems in that direction.

Problems in that direction. Wow.

The women’s training involved lots of memorization of seemingly insignificant details—a critical skill that would prove vital in Scott’s work when she was eventually sent to the Navy’s Communication Annex in Washington, DC to break Japanese and German codes. Her adventures in DC also included some pretty awkward interactions with a nosey neighbor as well as a couple of African American men who were afraid she might unintentionally get them lynched.

Women also served in the Women's Army Auxiliary Corps, WAAC, later WAC, when it became an official branch of the US Army.  Below is an excerpt from an Army website on the topic.

With war looming, U.S. Rep. Edith Nourse Rogers of Massachusetts introduced a bill for the creation of the Women's Army Auxiliary Corps in May 1941. Having been a witness to the status of women in World War I, Rogers vowed that if American women served in support of the Army, they would do so with all the rights and benefits afforded to Soldiers.

Spurred on by the attack on Pearl Harbor on Dec. 7, 1941, Congress approved the creation of WAAC on May 14, 1942. President Franklin D. Roosevelt signed the bill into law on May 15, and on May 16, Oveta Culp Hobby was sworn in as the first director. WAAC was established "for the purpose of making available to the national defense the knowledge, skill, and special training of women of the nation."

Below are two photographs, one of a WAAC recruiting poster and one of the WAAC working on phone lines. 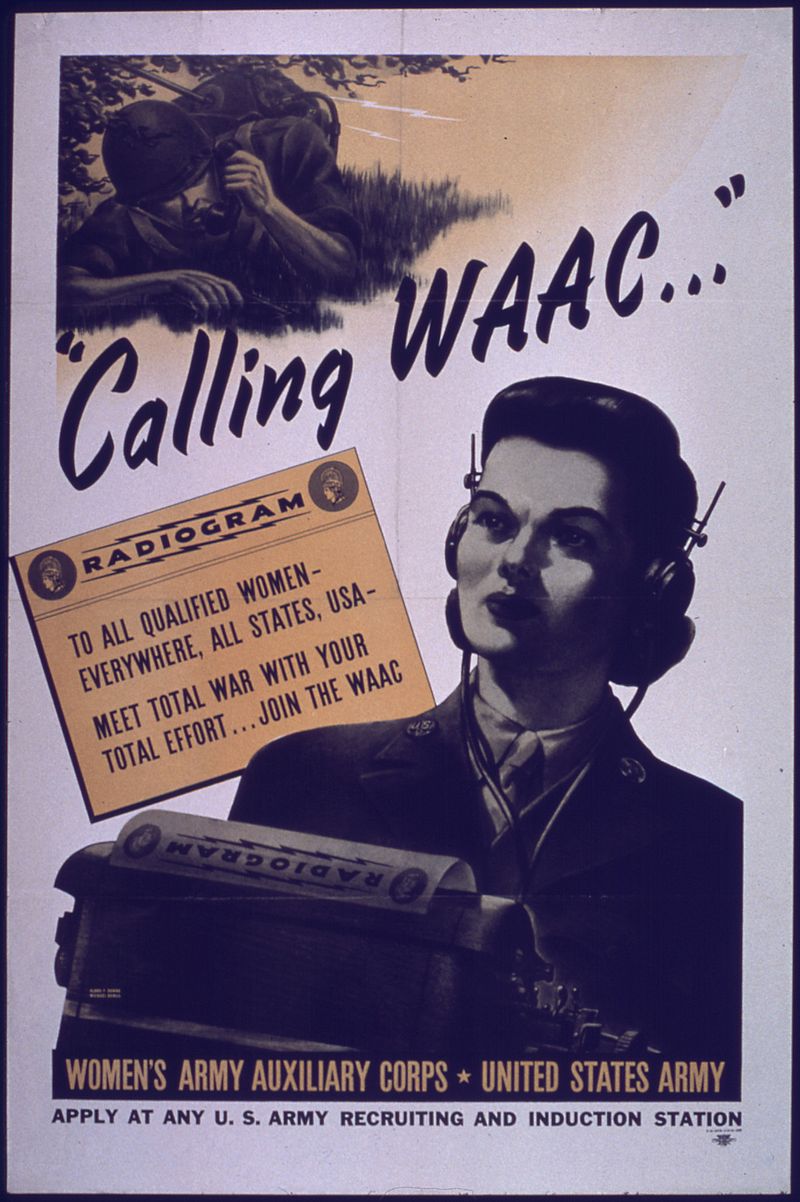 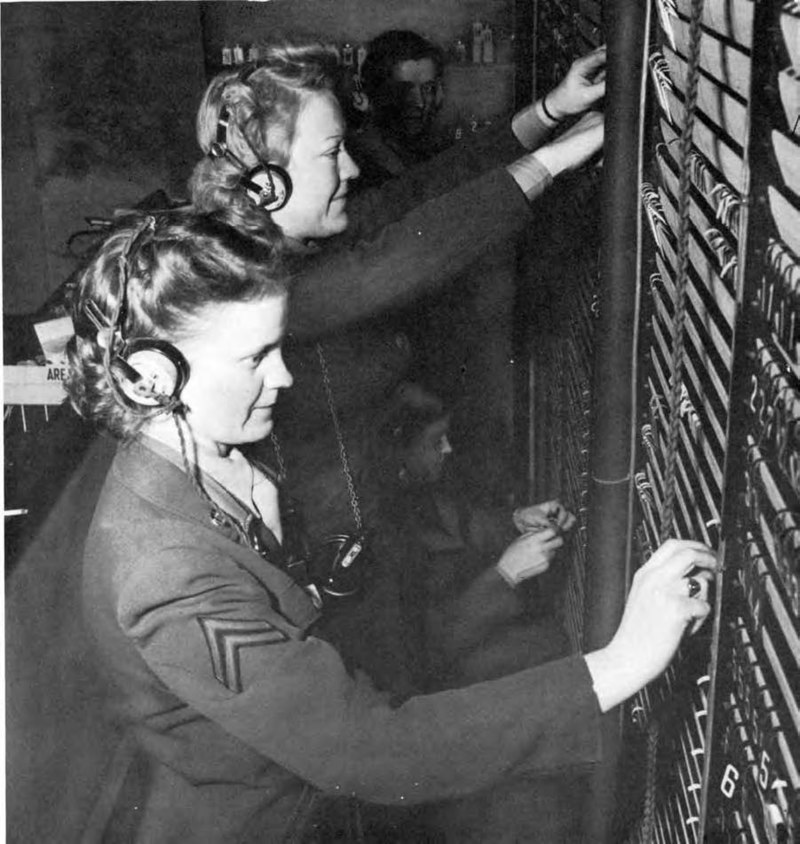 This chapter examines gender considerations in online learning.  As indicated elsewhere in this book (see chapters 2 and 4), there are inconsistent or contrary findings in regard to gender differences in online study.  Some studies have concluded that gender is irrelevant because online learning systems are nongendered.  Others have concluded that online study can actually favor women.  Although these findings do not provide definitive answers to the questions of gender and cross-gender communication in cyberspace, they do help to make the issues clearer and alert readers to the fact that females and males may have distinct learning needs and there is need to ensure gender equality and flexibility in the online learning environment.  This chapter also shows the ways in which women can not only gain from but contribute to online learning.

Students in a class about online learning might be interested in MOOCs that pertain to them.  For example, here is a MOOC on feminism.