Instructions on and examples of how to re-mix an OER and create your own personal pedagogical tool.

To find cultural content, the original content of the textbook must be understood.  Some OER content is culturally aware and may not need much added in this regard.  Others are more traditional and will require research to determine what is needed.  There are two main difficulties in finding the right cultural material.  Firstly, the license for this material also needs to be Open, so it needs a CC license or to be in the public domain.  For resources that are on the web, but a license cannot be determined, a link can be included, but of course this resource may not always be there.  The other issue is the length and depth of the resource to be added.  A resource that is so in depth as to be as long or longer than the chapter being enhanced is not useful.  A resource that is too basic may not be helpful either.

One example that seems a perfect length and depth of information is pasted below.  It is concerning the contribution of Hispanics in WWII.  It’s not too much information, but there are many pieces of information included that could be developed into papers or projects if a student was interested.  It is created by the National Park Service so it is in the public domain.

Article on Hispanics in WWII

Pictures of WWII are common, and even adding just a picture that is relatable can improve a textbook.  The contribution of the Tuskegee Airmen in WWII is often mentioned in textbooks, but African Americans made many contributions to WWII.

Below is a picture of some of the African American troops manning an anti-aircraft gun on an airfield under construction, somewhere in England, April 12, 1943. Left to right are: T5 Jesse James Draugham, from Bremond, Texas; Private Howard Kibble, from Chicago; acting Sergeant Howell Atkinson, from Fort Worth, Texas, and Private 1st Class, John Brown, from Steucanville, Ohio. (AP Photo) 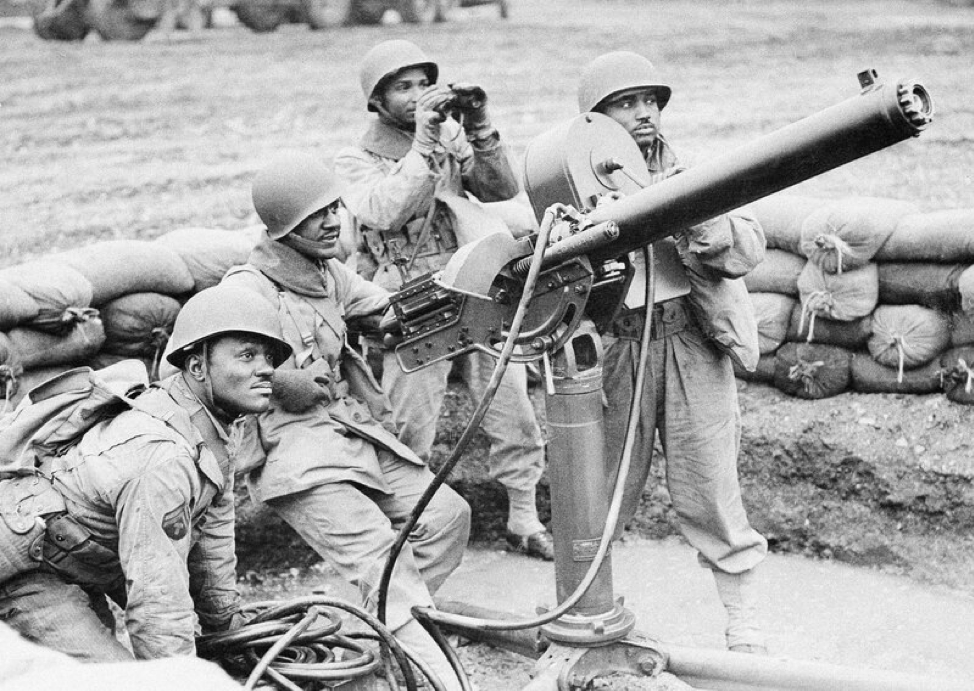 The contributions of African American women are rarely mentioned and they contributed in many areas of the battle.

Major Charity Adams was the first African American women to be commissioned into the Women's Army Auxiliary Corps after graduating from the first WAAC officer candidate class in 1942. Mary McLeod Bethune, member of President Roosevelt's "Black Cabinet," along with the First Lady, established a 10 percent quota for the WAAC.

WAAC Capt. Charity Adams and the first of her group to receive a commission. Photo Courtesy of the National Archives. 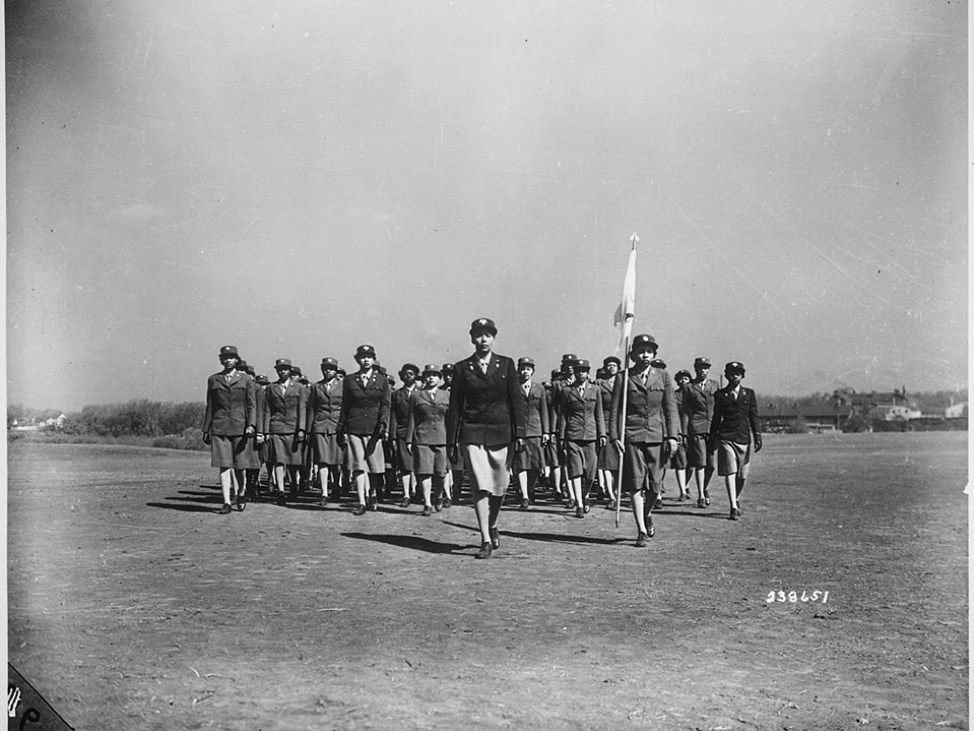 Here is an excellent example of an article to add to the book on online learning.  It is a bit dense, but it could be skimmed to get the point and if someone was interested writing in a paper on the topic, there are many ideas and references.  It is in an Open journal, so the license allows adding it to the book.  Below is a small excerpt from the article and here is the link to the full article.